Last week I was in LA, celebrating Thanksgiving with my family. One of my favorite experiences with my husband and son was going on a great hike at Griffith Park. The weather was absolutely perfect and definitely beat Cincinnati weather.

As we started on the trail, I mentioned to my son that I think he misunderstood what I had in mind for the hike. You see, when we began, it was mostly smooth and flat. He reassured me that this was just the beginning and I would definitely get to have some real rigorous hiking time.

As we continued, I began to work a little harder getting up the hills. Up and down we went, as I felt my heart pounding hard to keep up with them. He had been right because I was definitely pushing myself. We didn’t have a time restriction so we just climbed wherever we wanted and marveled at the great views overlooking the city.

As we turned the corner, my son saw a trail that he thought we should try. I noticed that no one else was on this small trail. I brought up the rear and as I got further into the trek, I realized that this was quite the rigorous path. There I was, rock climbing and using my hands and feet to hold on to the dirt. I continued to climb, wondering if we should truly be doing this. As I grabbed the dirt to hold on, I looked up to see how much further I had to go. It was ironic to go from feeling like I wasn’t going to be challenged to the point where I was hoping for this experience to be over. My son yelled at the top and I saw people standing up there on the wide cement path overlooking my climb. When I got to the top, I saw that our trail was blocked off and had a caution sign. I had to climb over all of this to get out of the trail. A number of people were staring at me as I jumped over the roped off area and turned around to read the sign.

Caution: Rattlesnakes in This Area— Keep Out.

No wonder they were staring at me. They were shocked that I was so brave to risk that climb up. They thought that I had great courage to attempt that feat— despite the warning.

Do you really think I would have climbed that trail if I knew the truth? I thought back to putting each hand in the dirt and rocks and taking my time up that hill. I was pretty freaked out.

Now back to that COURAGE thing. I didn’t know that I was risking something when I started up that trail. So that doesn’t count for HAVING COURAGE.

No, courage happens when you know all the possible risks before you start, you understand what you have to lose, and you have the guts to do it anyway.

You risk losing something that is valuable to you but you do it anyway. You do it because you know it’s the right thing to do. You get way out of your comfort zone and take a risk— despite all the warning signs.

The ability to make a decision that comes with big risks, definitely takes COURAGE.

Give a thought to the last 6 months. Did you make decisions that were safe because you didn’t want to rock the boat? Did you put off that difficult conversation because it’s just easier that way? Did you stay where you are because you know what to expect there? Did you agree with everyone instead of saying what you truly feel is right?

Are you a courageous leader? The time to start becoming one is NOW. 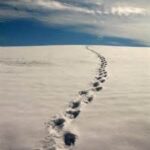 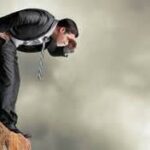