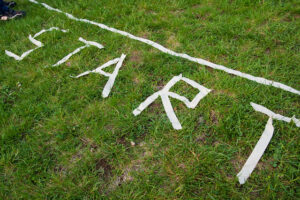 I was driving downtown yesterday when a memory popped in my head. I was a young leader, having a conversation with one of my employees. During that time, I was a very involved leader that worked hard to see my people succeed and meet their potential. I focused on their strengths and supported them to achieve their goals.

Maybe I worked a bit too hard.

There was one young woman in particular that stands out in my memory. I really admired her since she had worked her way up from an entry-level job to hold a management position. At the time, top leadership was unhappy with her performance and I was spending more and more time with her to ensure that she progressed in her skills. I recognized her strengths and they far outweighed her weaknesses. Believing in her completely, I constantly defended her with upper leadership and gave her second chances to improve on her performance.

The problem was that her performance continued to lag and upper leadership continued to pressure me. Over and over, I would have wonderful heart to heart talks with her and she would promise that things would improve. However, things stayed exactly the same.

Finally, I was forced to let her go from her position when the pressure became too great. Something happened that was impossible to defend.

Afterwards, I discovered that I clearly didn’t have the whole story. She had let many more responsibilities go by the wayside than I had initially thought. I had failed to see the situation clearly because I so desired to see her succeed.

I gave her way to many second chances.

The reality is that I wanted her to succeed much more than she actually wanted to succeed. I liked her, believed in her and felt invested in her future. I let my emotions get in the way of me seeing the reality. And after the whole experience passed, I realized that I had failed at being a true leader.

Yes, leaders want their people to succeed and fulfill their potential. However, true leaders understand that there is a line drawn in the sand where you acknowledge that you have given this individual enough chances to succeed and they haven’t delivered. A true leader realizes that the individual isn’t learning anything positive if they are allowed to continue subpar behavior. On top of that, the rest of the team internalizes that you condone subpar workplace performance.

That experience changed the way that I look at Real Leadership. Yes, it was my job as a leader to support and empower my employees to grow and fulfill their potential. However, it was also my responsibility to recognize when I have given an employee what they need to succeed and still do not witness the needed behavior change.

A second chance is just that- a second chance. What’s important to focus on is the numeral 2-which refers to the fact that someone has made one mistake and is given another chance to make it right. If it’s the 3rd, 4th or 5th time that you are giving someone a second chance, you need to rethink your own behavior. 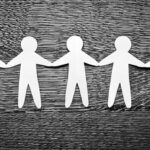